Sign up for our newsletters to get all our top stories delivered.

Spectrosynthesis – Asian LGBTQ Issues and Art Now will be held at MOCA Taipei this fall with discussion sessions and guided tours happening at the same time. The groundbreaking show will be the first exhibition dedicated to LGBTQ issues to go on show at an art museum in Asia. The works featured tell of 50 years of LGBTQ development in history and they all come together to deliver one single theme: 'the spectrum of light', a nod to the rainbow, an LGBTQ symbol.  Here are six out of the many artworks from the show to look forward to: 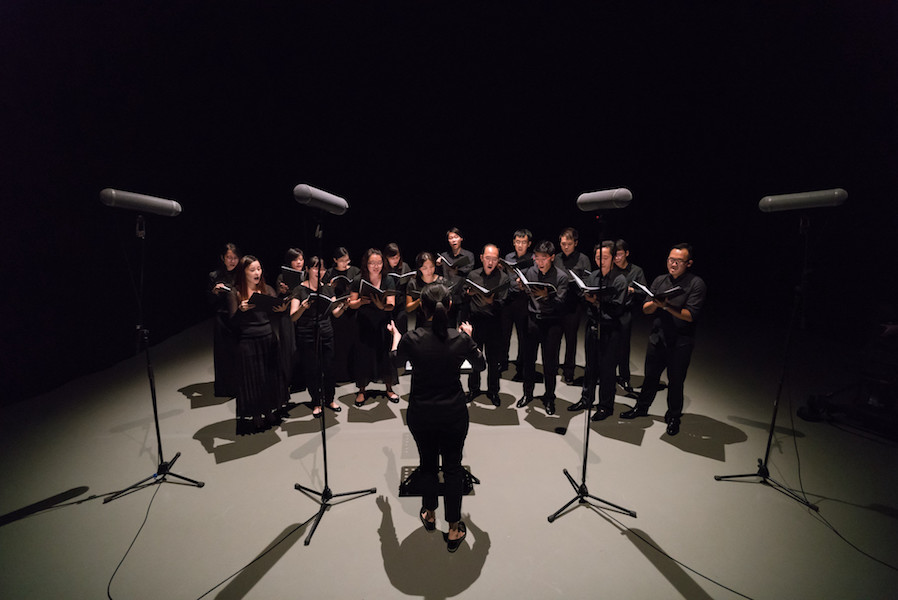 Presented by Hong Kong sound artist and Generation T 2017 lister Samson Young, this video work will present a stage performance of a choral composition without projecting the musical notes. As a result, other sounds will be revealed, such as the inhale of the singers, the sound that their bodies make, and the rattling of the music scores. Another similar work of Young was on view at the Venice Biennale 2017. 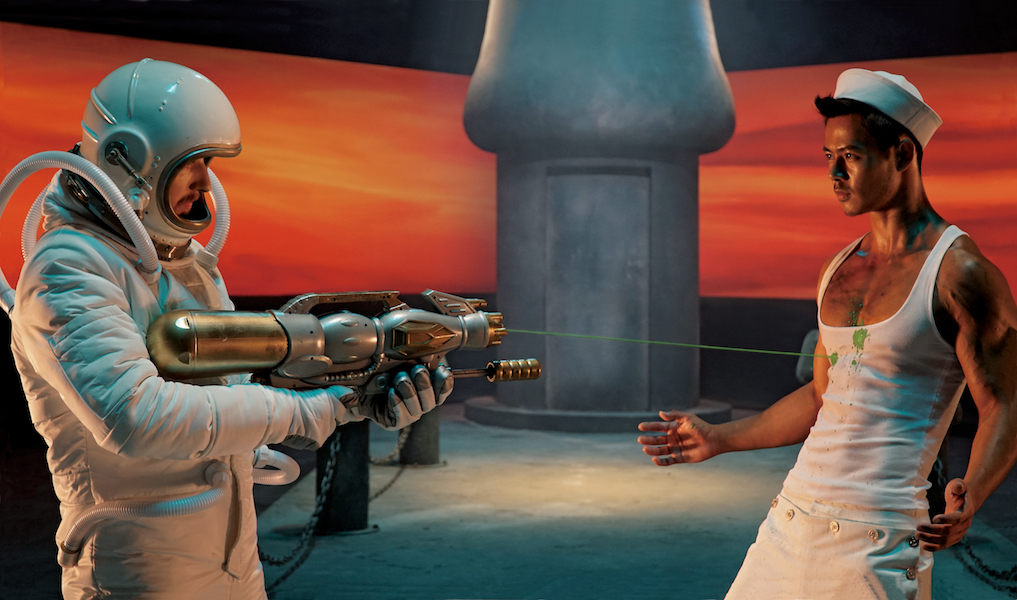 Being one of the pioneers in digital art, Taiwanese artist Wang Jun-Jieh will debut his latest video installation at the show. The video is set at a pier with an astronaut being the outsider observing a few sailors fighting each other for some valuable treasure. Inspired by German film director Rainer Werner Fassbinder's Querelle, Wang explores the relationship between sensual and emotional passion through his latest work. 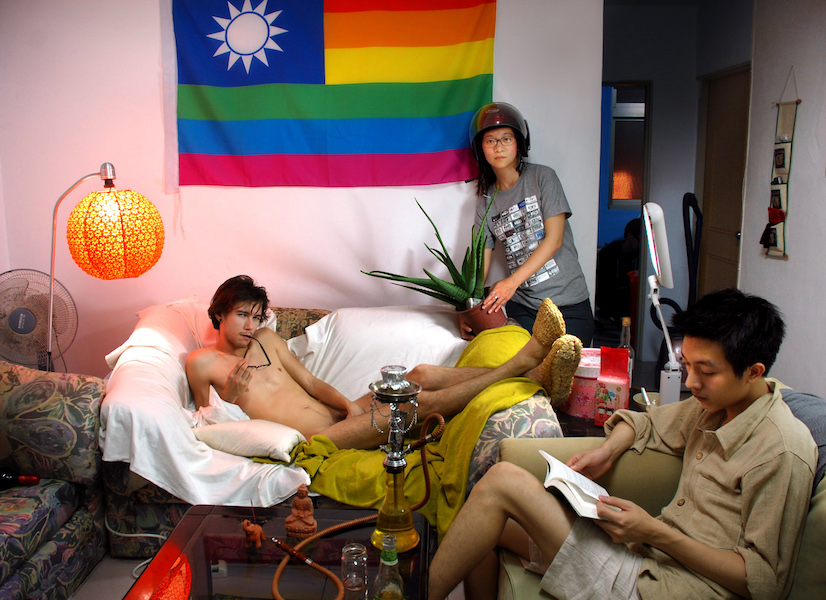 Taiwanese artist Tzeng Yi-Hsin is known for her combination of images and ready-mades. The work ‘Olympia’ is from her ‘Master Painting’ series, in which participants are invited to incorporate their ideas into the original composition and background setting of some famous Western paintings. 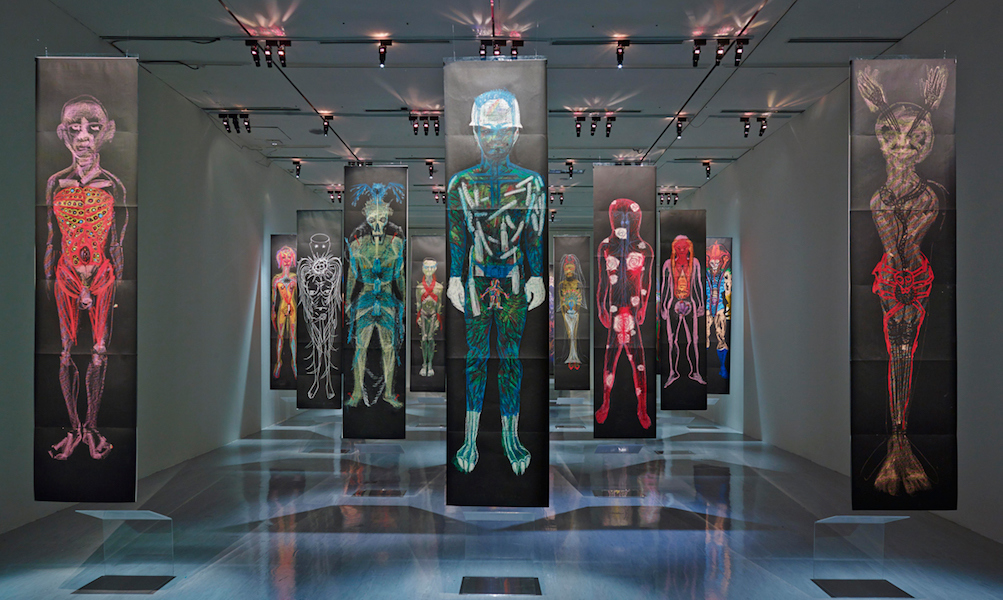 13 pairs of paintings from Taiwanese artist Hou Chun-ming’s “Man Hole” collection were results from a series of interviews Hou has been conducting since 2014. The series represents and reveals people’s memories, desires, secrets, losses and explorations. Hou has been producing LGBTQ related artworks since 1992 and he hopes he will be able to explore deeper emotions through the “Man Hole” series. 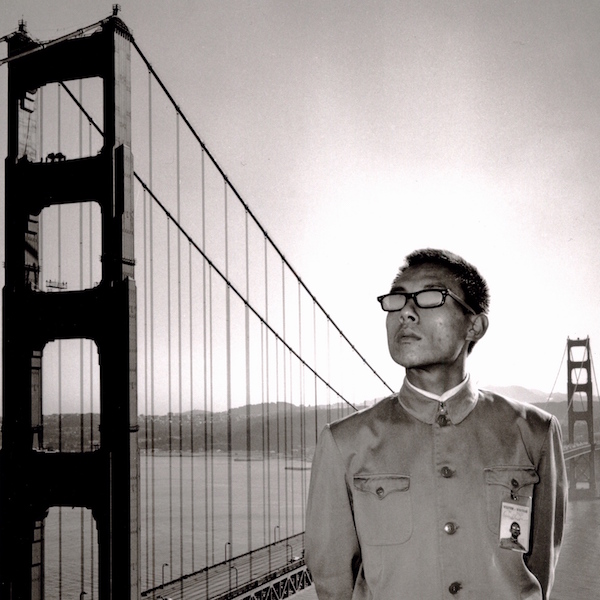 The prints are selected from the Hong Kong-born American photographer Tseng Kwong-Chi’s ‘East Meets West’ series. Tseng repeats his almost identical posture to craft a series of distinctive images, portraying a cultural mission and a social adventure conducted by a Chinese man in the Western world. 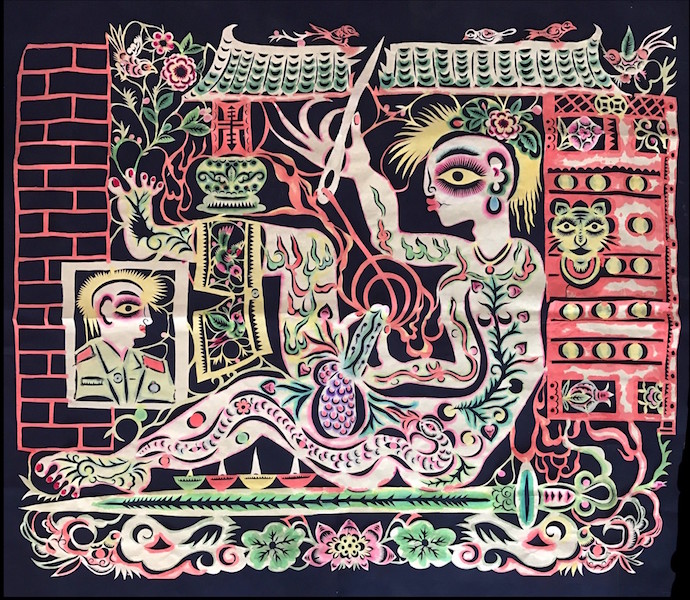 Chinese artist Xiyadie learnt the traditional Chinese art of paper cutting from his mother. His works unveil a world of struggle, sexual desire and intimate stories after years of homosexuals being seriously oppressed during the Chinese Cultural Revolution.

Spectrosynthesis - Asian LGBTQ Issues and Art Now will be the first LGBTQ themed exhibition in Asia with 50 works by 22 artists featured. It runs from September 9 to November 5 at MOCA Taipei. For more information, visit sunpride.hk.